Info about the Festival:
http://mural2015.blogspot.bg/

Art is comming back to Staro Zhelezare - this time with painting of murals on the walls of the village. The idea of the project is to paint local heroes, who invite famous pilitical figures to their homes, and spend time on talking, on changing reflections, experiences of their lives.

Official site of the Festival:
http://mural2015.blogspot.com/ 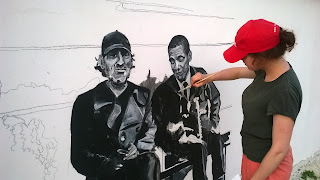 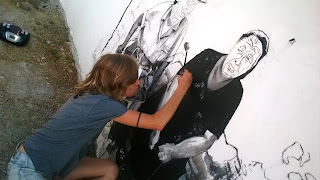 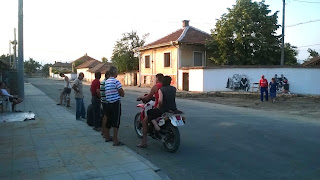 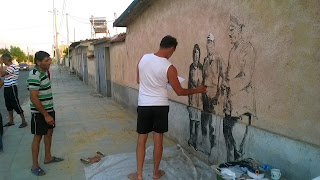 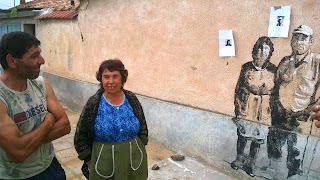 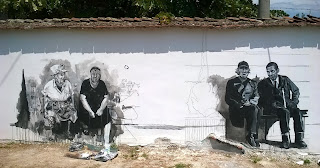 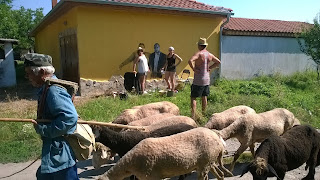 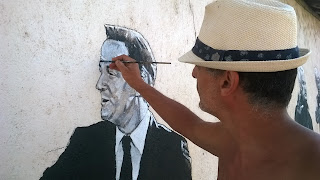 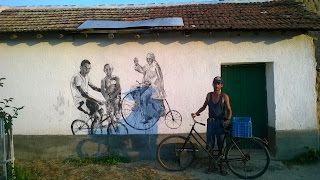 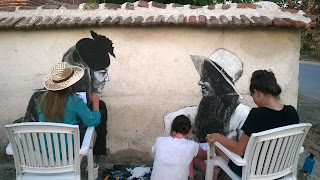 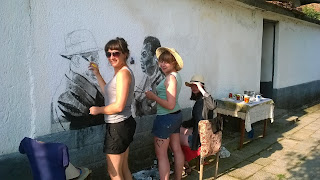 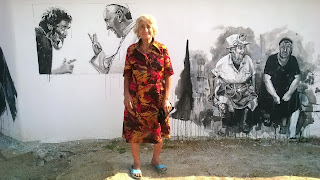 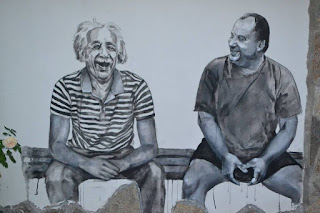 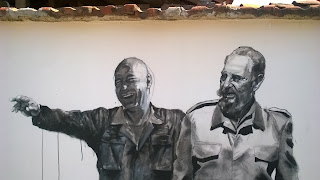 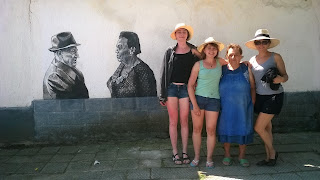 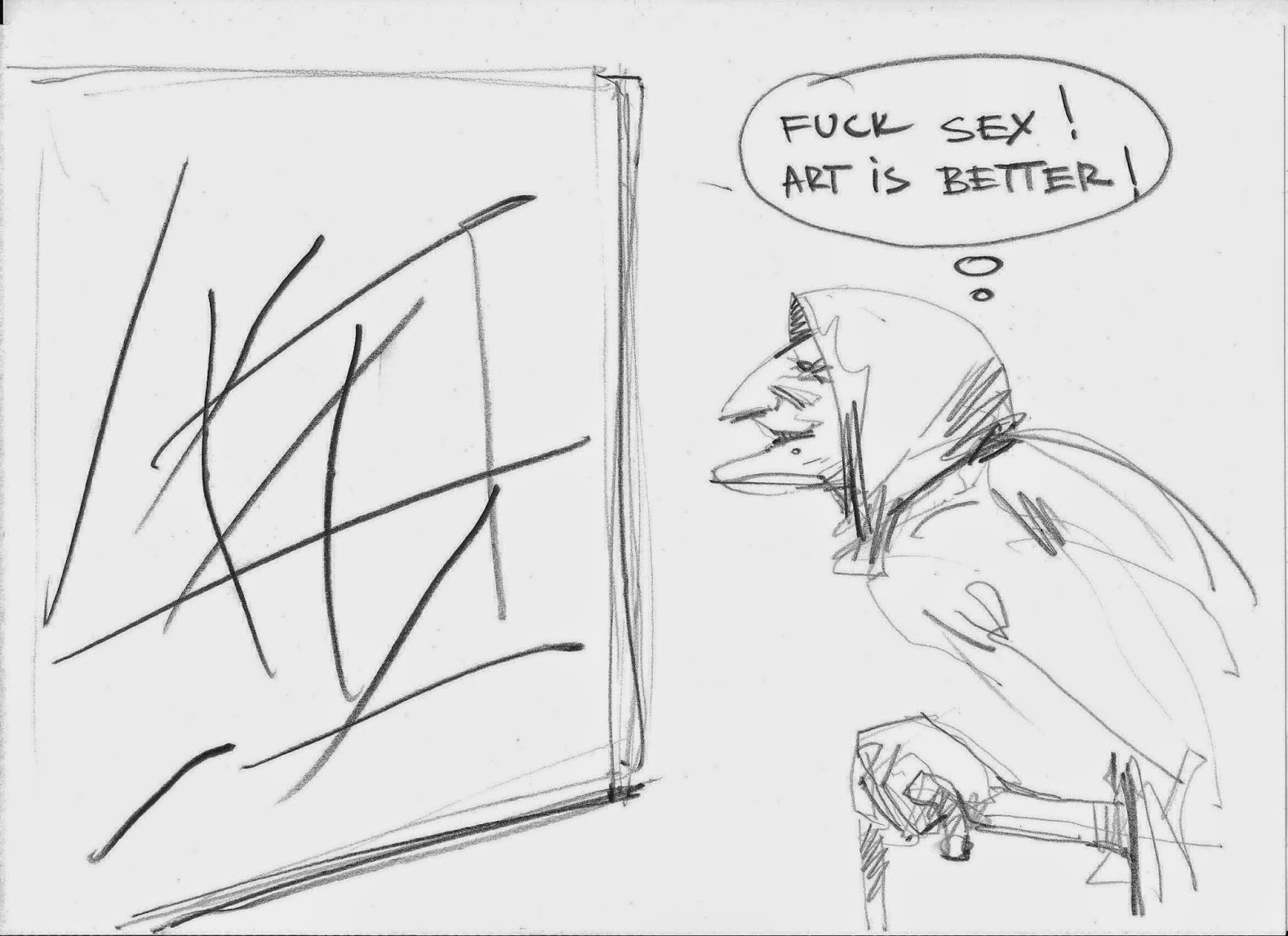 This is the second edition of Staro Zhelezare Contemporary Arts Festival taking place annually in July and August in Contemporary Art Center established by artists Katarzyna and Ventsislav Piriankov in a small village Staro Zhelezare in the middle of Bulgaria within Thracian Valley. This is the continuation of started last year Bulgarian Countrysida Revitalization project, which has attracted interest of not only an art community, viewers from city, but above all, local rural community, which got engaged beyond all expectations, especially emotionally, in supporting artistic atmosphere. It was intense, introducing year. One could ask why make festival in such a modest village like Staro Zhelezare? But why not? What would be the purpose of art if we didn’t bring it to people? Art in isolation, art for artists is a dead thing.

In the festival participators are artists from Poland, Bulgaria, but also the villagers, among which some of them dusts off or once again discovers their artistic calling. Throughout the whole summer there are carried artistic projects, meetings, workshops, lectures. To sum up, there will be an exhibition opening August 23rd. There will be shown made at the festival works and documentation of artistic actions.

In this year the festival is taking a step further. We would like to take a look at rural tissue a bit deeper and also encourage local people to artistic interaction. The main idea of the project is investigating, watch everyday life, inducing from it elements or surrealism and grotesque, which may conclude in making of artistic objects with surprising elements with features that seduce, but sometimes also repel.

The point is to extract this fantastic mixture of reality, so remote from urban agglomerations, spontaneously and so extraordinarily naturally stepping into fascinating magical-fantasy realm, however distant from moralizing and unambiguous fairytales, where good defeats evil; it’s more like submerged in absurd world of Franz Kafka, Bruno Schulz’s Cinnamon Shops. That’s why, in our opinion, sense of humor and irony are the key. We want to avoid “purely moralizing” formula that often lacks artistic inspiration. Irony can be used as a strong instrument of social-political critique, through for example showing exact opposition of the situation, what can create a strong satiric commentary.

Festival is also concentrated on typical for this region cultural melting pot, where next to each other in the specific symbiosis live and function native Bulgarians deriving from Thracians and the Roma representing most of younger part of community. Throughout generations, the Orthodox, Catholics, Bulgarian Jews and Muslims lived in Bulgaria making a kind of multicultural symbiosis, which is nowadays often discussed, but rarely achieved.
The connection between man and nature is also the key here. Like in Kafka’s works, especially after the dusk, animals turn into creatures, hybrids and other fantastic beings. Choirs of jackals, dogs on the chains barking, foretops on every pole, herds of goats and sheep, cows, hens, tons of flies and mosquitoes, turtles appearing from time to time.

Staro Zhelezare is a place on the one hand rather exotic and very local, on the other however as every other place made of specific social-political relationships and fairly cruel history. There is temptation, like in films of Italian director Passolini, to attempt to analyze constancy of human nature and its most vital needs and desires. There is the temptation to discover treasures that are hidden in lost memories and found dreams. The village, where on the face of it nothing ever happens, is in fact ebullient organism built of emotions, desires, happiness or frustration resulting from human relationships, coexistence with nature, but also social or political factors.

Stories and memories of the villagers, whose the average age is rarely less than 60, are like dusty pearls that are described in fantastic narratives of Bulgarian master of short forms Elin Pelin, “The knowledge and wisdom are the work of the past. While the present is like sea of all of the feelings, where human souls unsure of their path stray. Their tears, their wails, happiness, desires, illusions and highs, their thoughts and experiences fall like priceless pearls into bottomless depth. Only when this sea drifted away into distant past, people find at the bottom lost treasures, drawing the wisdom from them.”

Art is not just an entertainment industry or a merchandise. Its role doesn’t come down to giving pleasure and amusing, affirming the convictions. Good art heads towards being mirror of the society, it grows in the atmosphere of living and conscious debate. We should seek for things that distinguish, not things that limit. That’s why, through exceptionally local context, we continue one of our priorities – how by acting locally we can change the world globally, in the name of beauty and love.

Katarzyna Piriankov
Autor: who we are o 10:11 11 komentarzy:

August 2013 - "Revitalization of the Bulgarian Village / Art for Social Change."

Private initiative of the artist Ventzislav and Katarzyna Piryankov who live permanently in Poland. The project takes place in the village of Staro Zhelezare, 40 km north of Plovdiv, at the ancestral Home of Piriankovs, who became famous of manufacturing and dyeing traditional fabrics for the entire region .

The action is socially engaged. It takes place away from the big cities and cultural centers which gather most of the artists and the culture lobby following the career. Away from the snobbery and money rush.

The event in the village of Staro Zhelezare is created to provoke reflection, and an abstract idea – of moving the leadership role of the large centers to smaller places. The question is whether the role of big culture centers is not only the wide-spread standard and stereotype unsupported by practice? Looking at the experience of history we know, that utopian thinking became often the nucleus and provided the key changes. This is the abstract and totally new ideas of artists, philosophers and scientists, that were creating the avant-garde, the appearance of new qualities, trends and values in the various epochs.
Piriankov performs a kind of research, puts the question - whether it is possible in practice to change the attitude of local people to the culture area, and transfer art centers to smaller social units.

The exhibition exposes 26 Piriankov’s paintings from different series and species, from different periods of work, following the idea that the real art action is a constant search. There are exhibited therefore abstract, figurative and symbolic paintings. The artist dedicated special place to the master of abstraction - Mark Rothko. Raises the question about the possibility of seeking spirituality in the abstract planes. Piriankov sees the special power of abstraction in the area of contrast . He proposes to the inhabitants of small villages the experience of total isolation from the evedyday life, from the colorful pictures that the eye accustomed to so much, that they simply became the kind of local decorative kitsch – beautiful but not communicative . Moves the viewer into the other, alternative world of intellectual space, reflection and meditation, far from living needs, daily functioning, and the fight for survival. Allows to create distance and to look at things from a totally different point of view.

The audience gathered at the art event was engaged also in side specific project which consisted of  plenty of sentences and drawing comments on the walls of the property - commenting art, culture in context of everyday life and schemes. It created the kind of absurd situation, abstract but the same way attractive for local society. 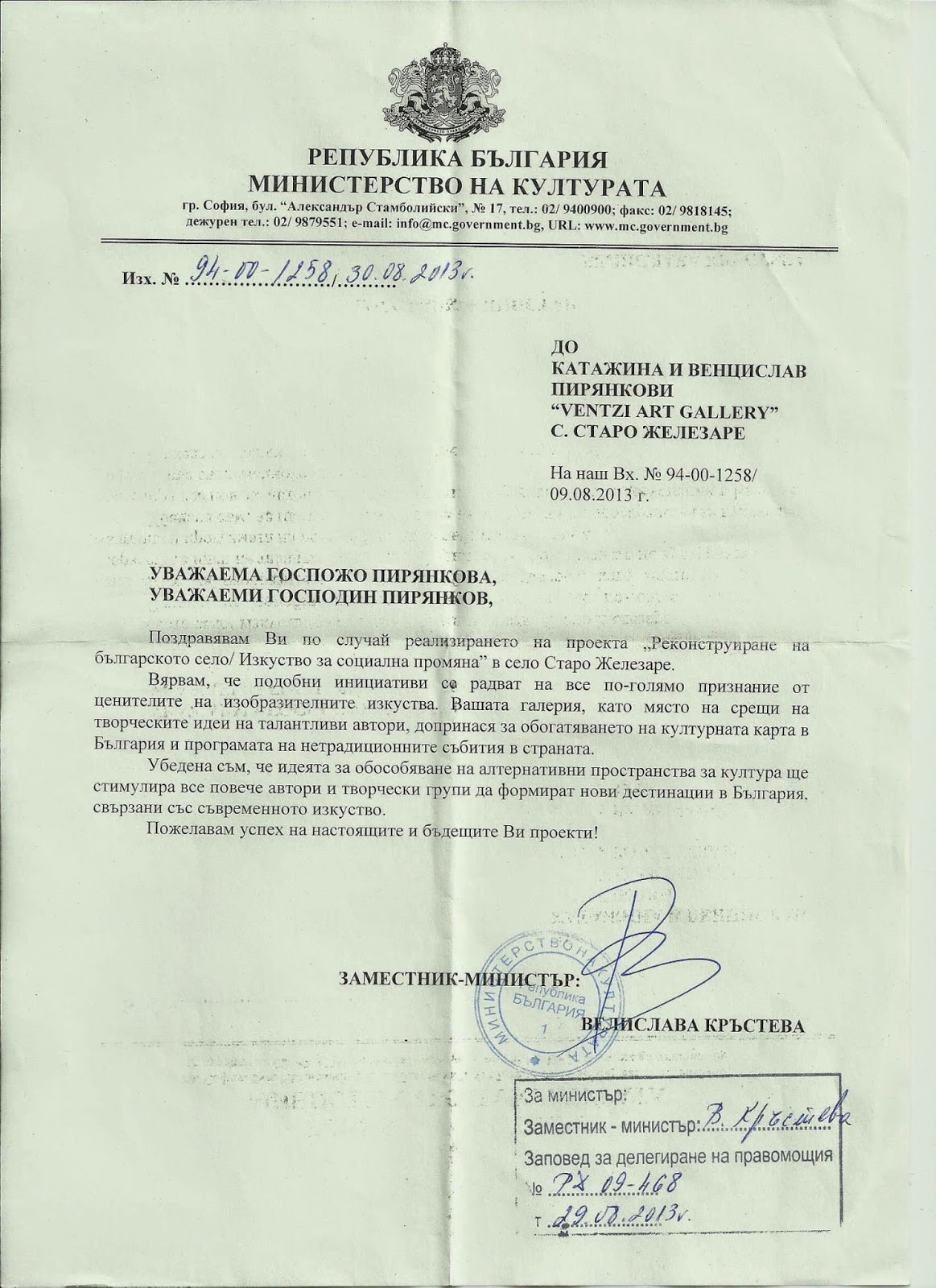 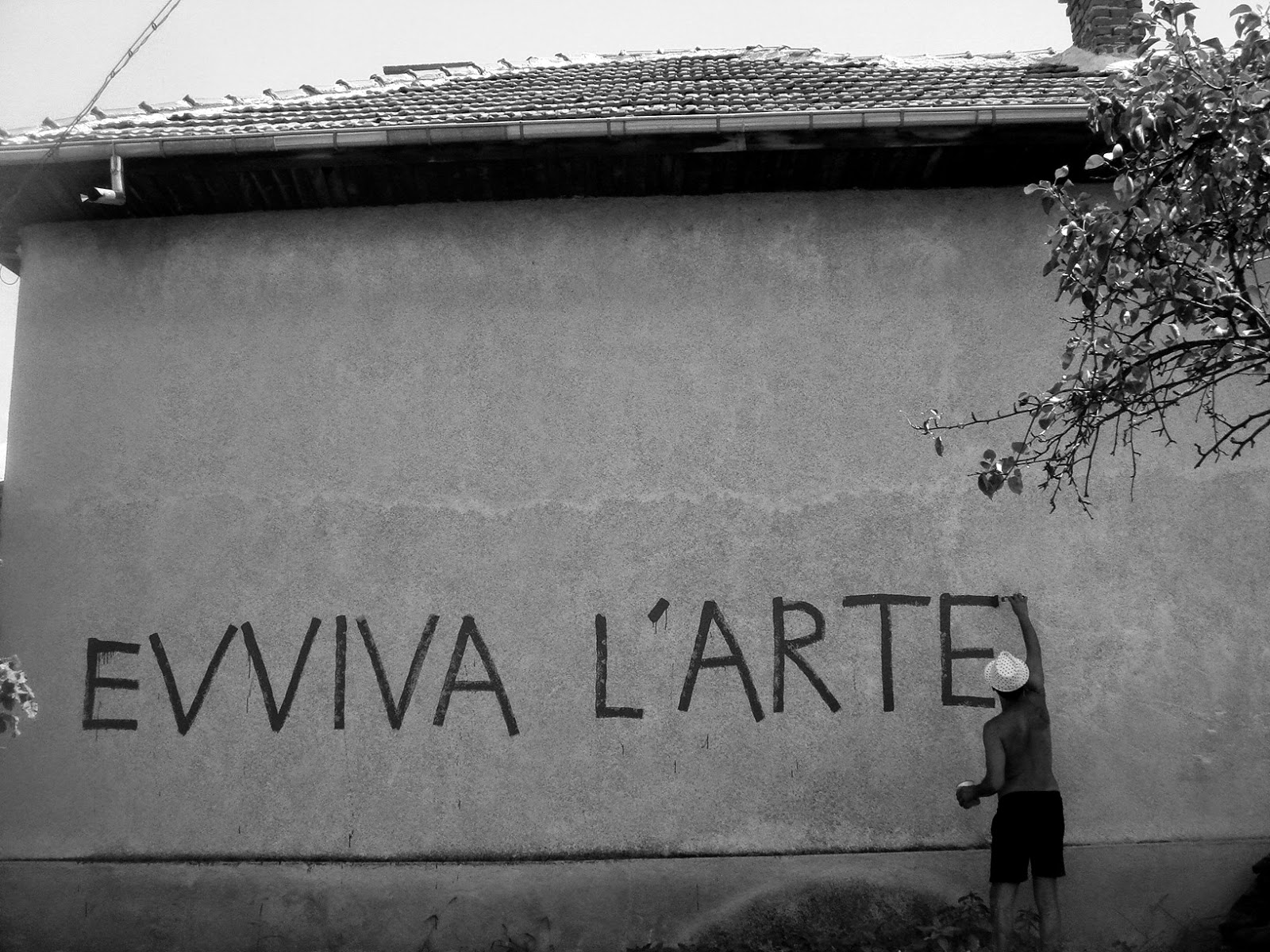 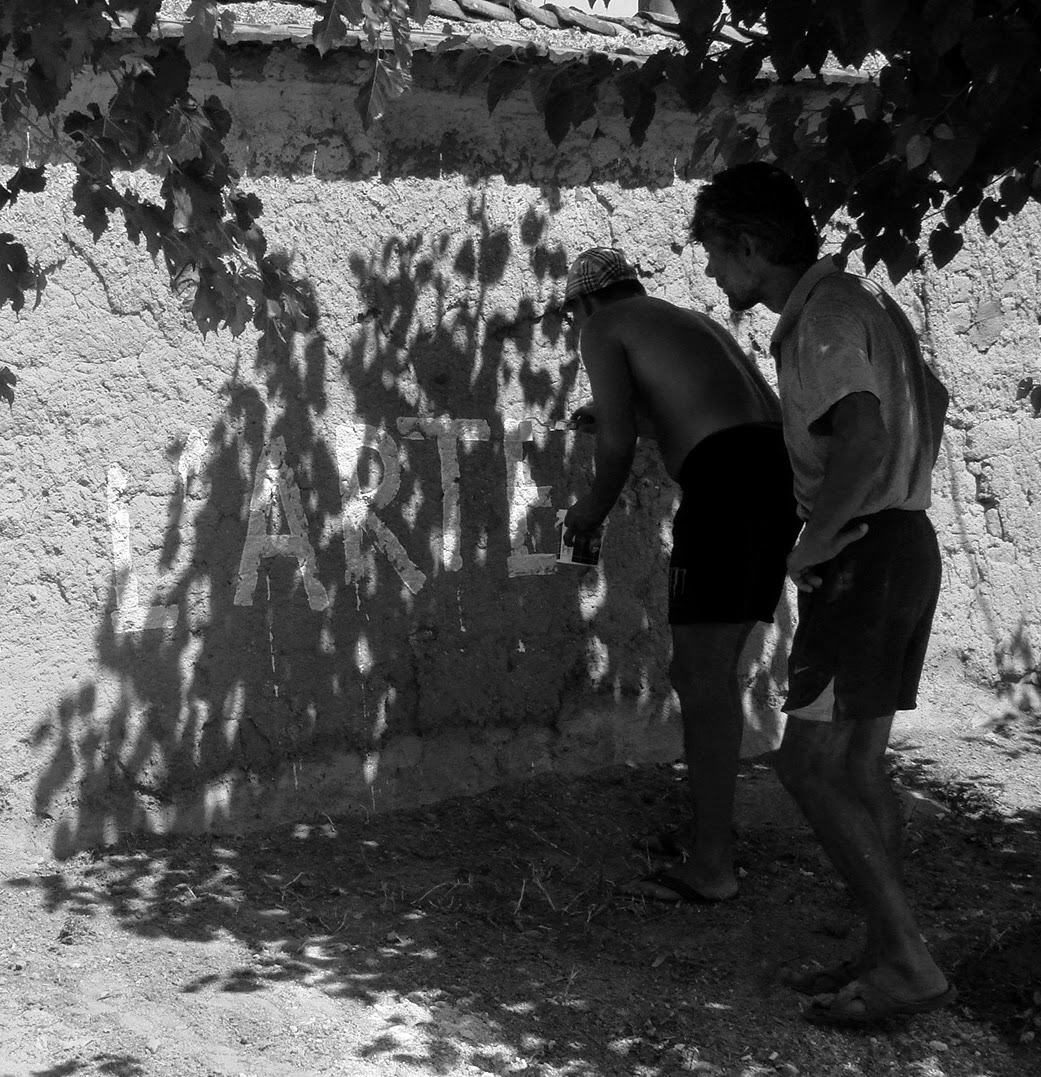 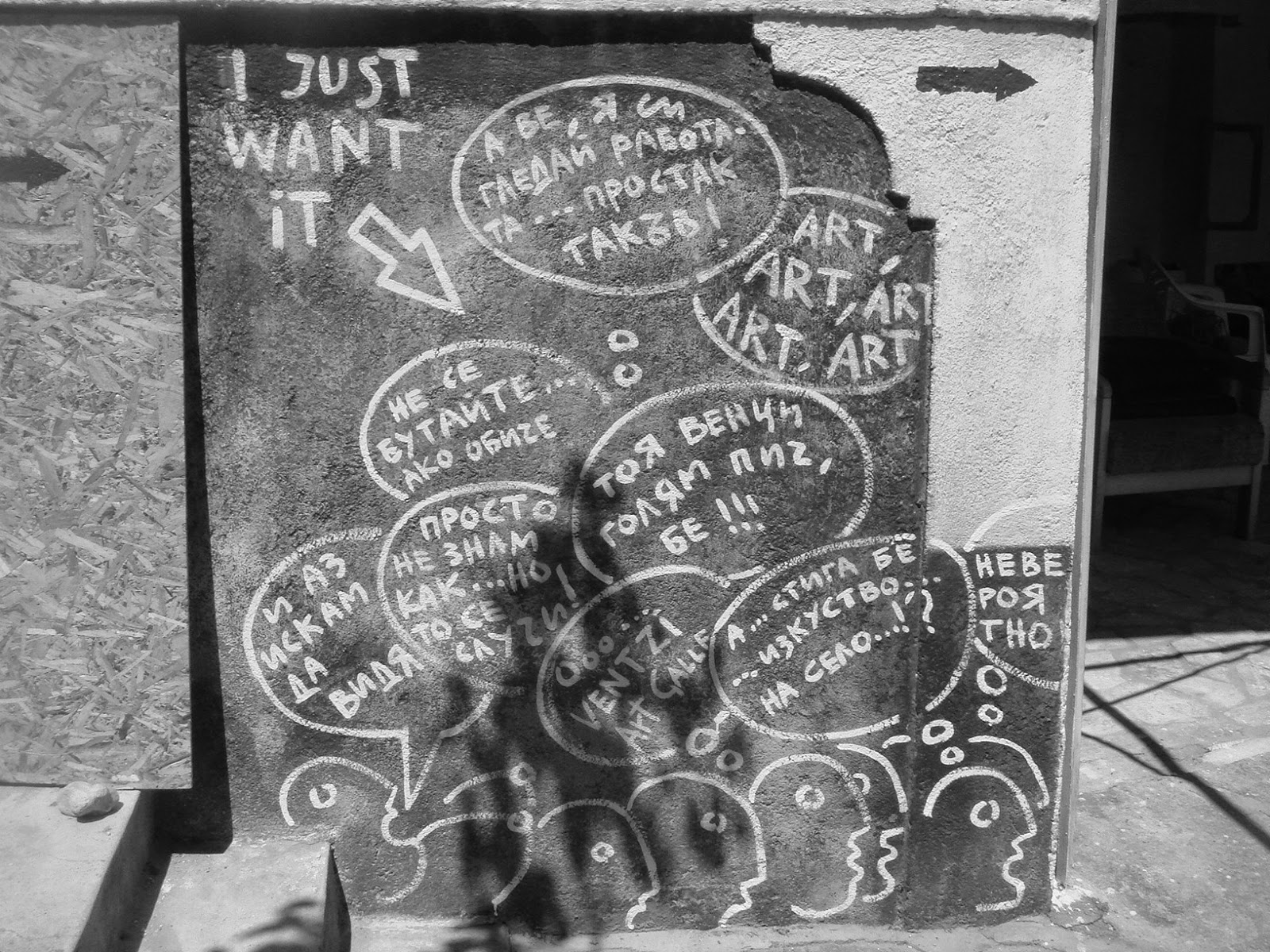 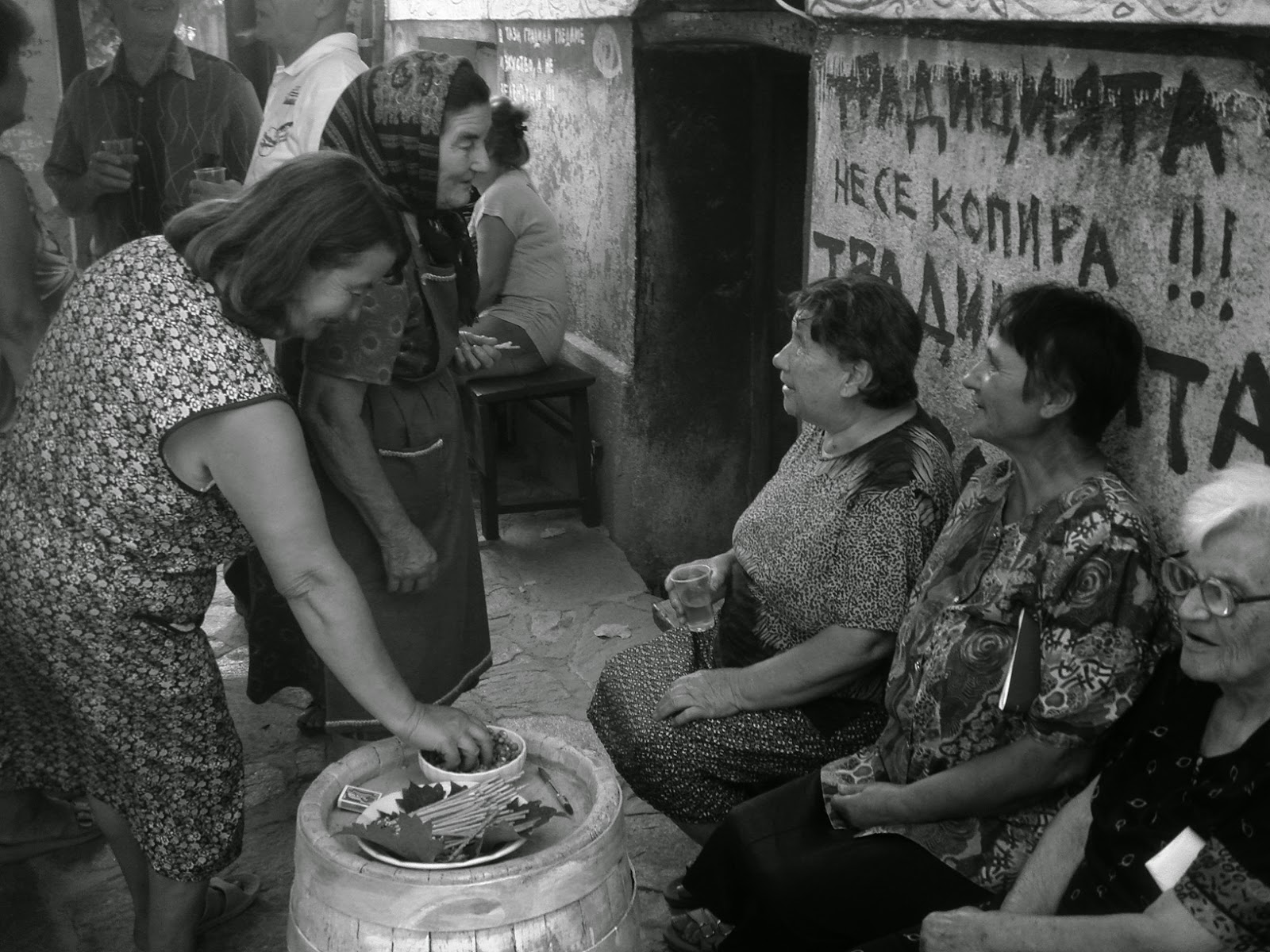 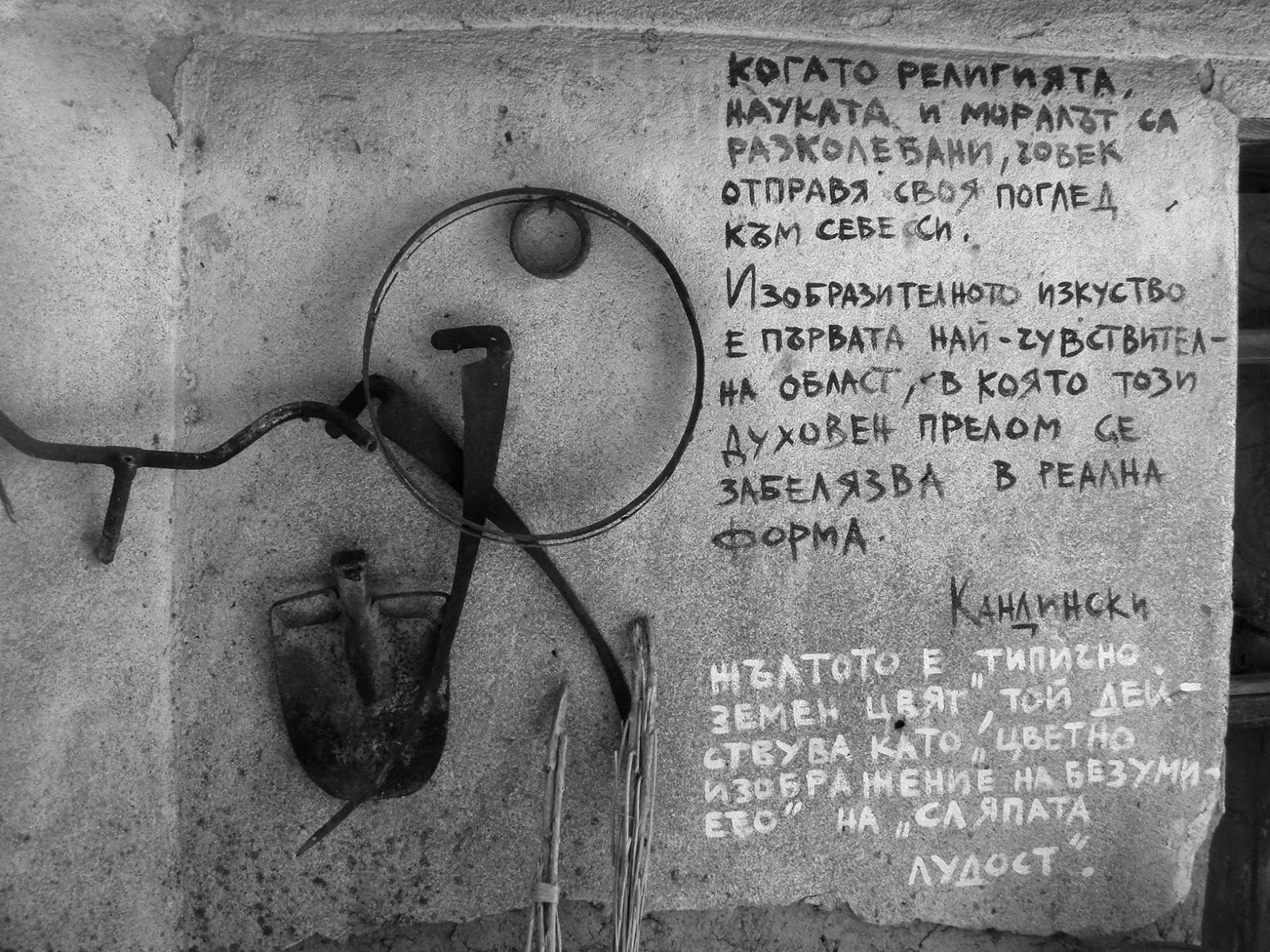 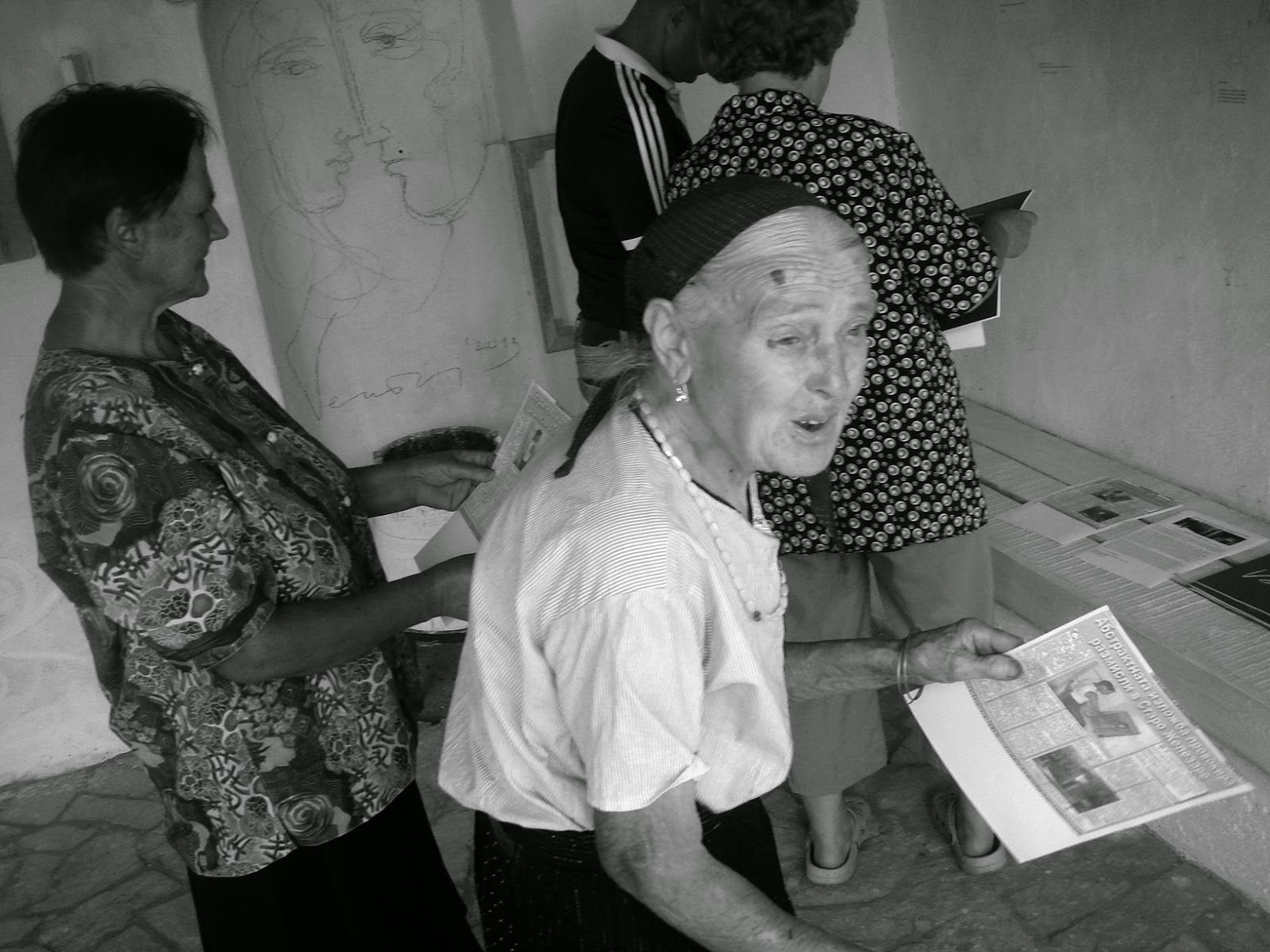 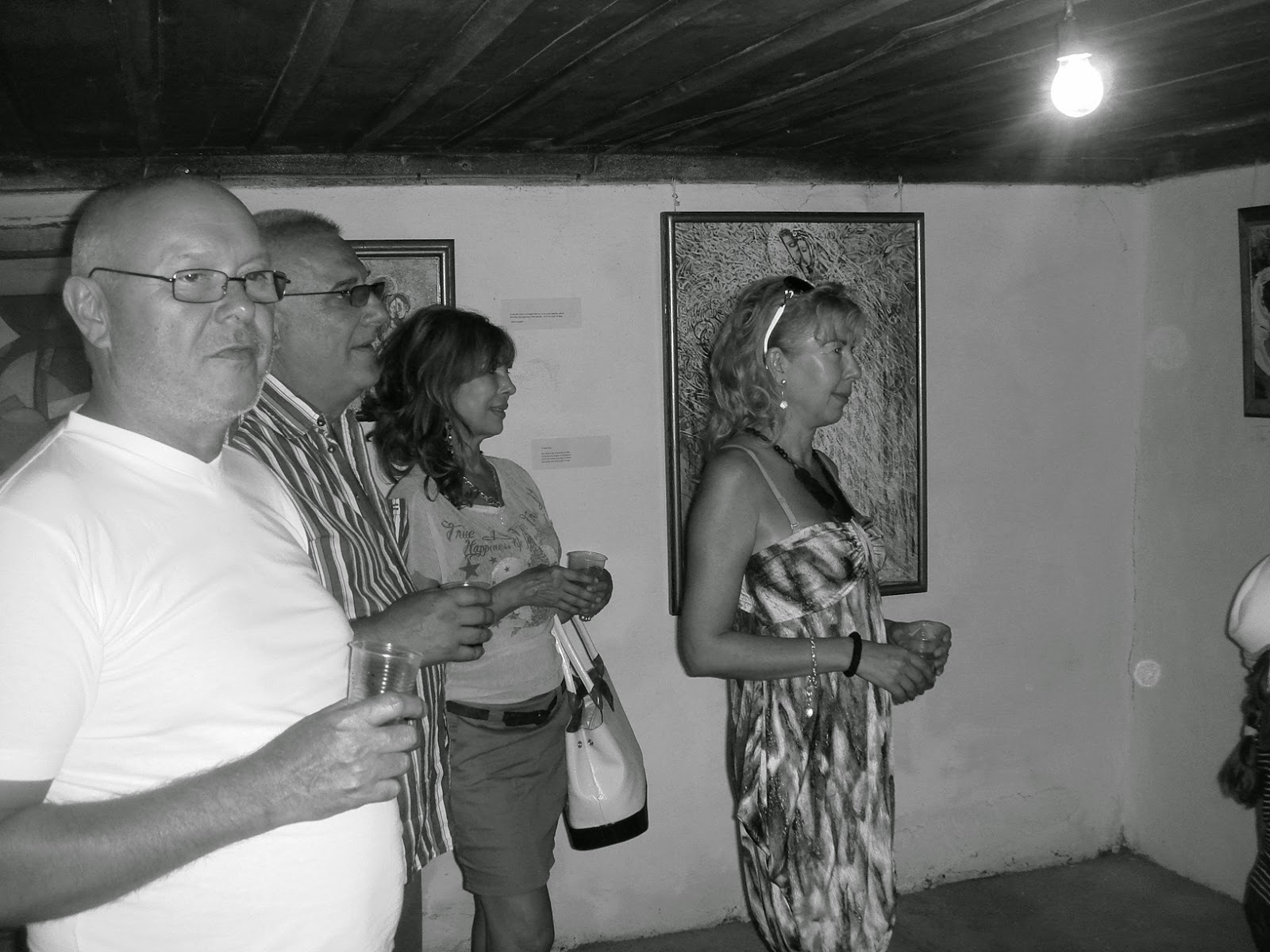 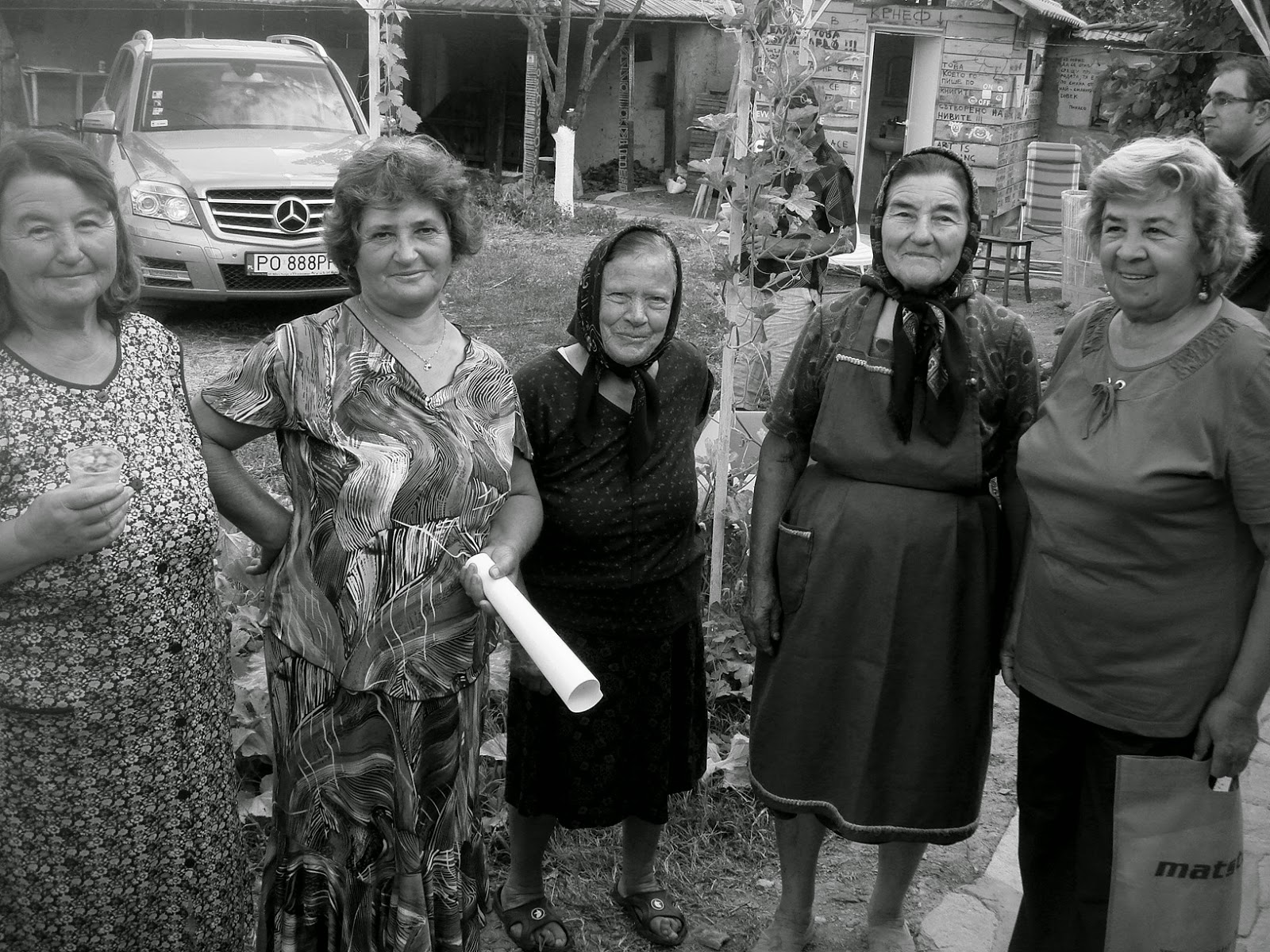 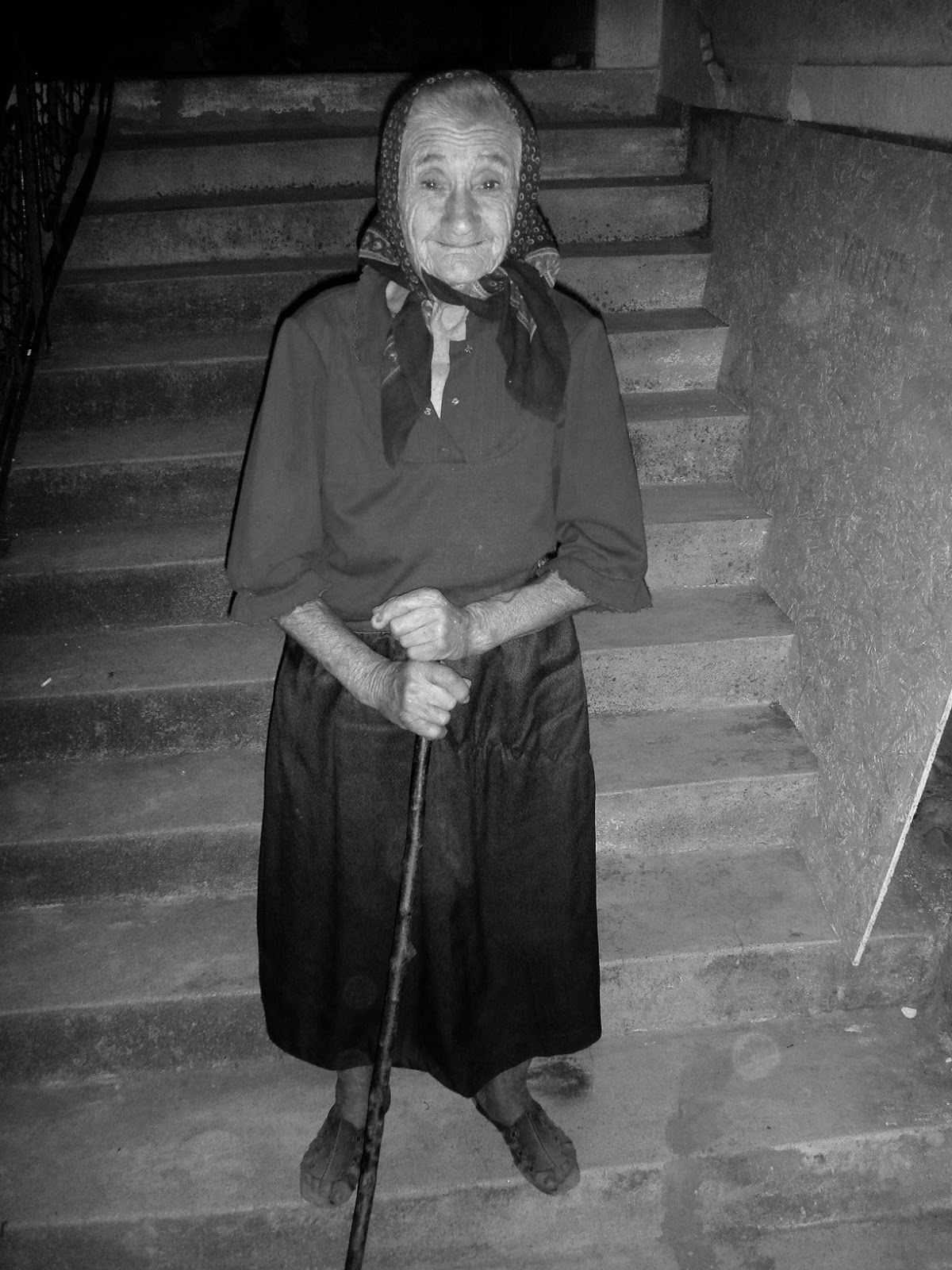 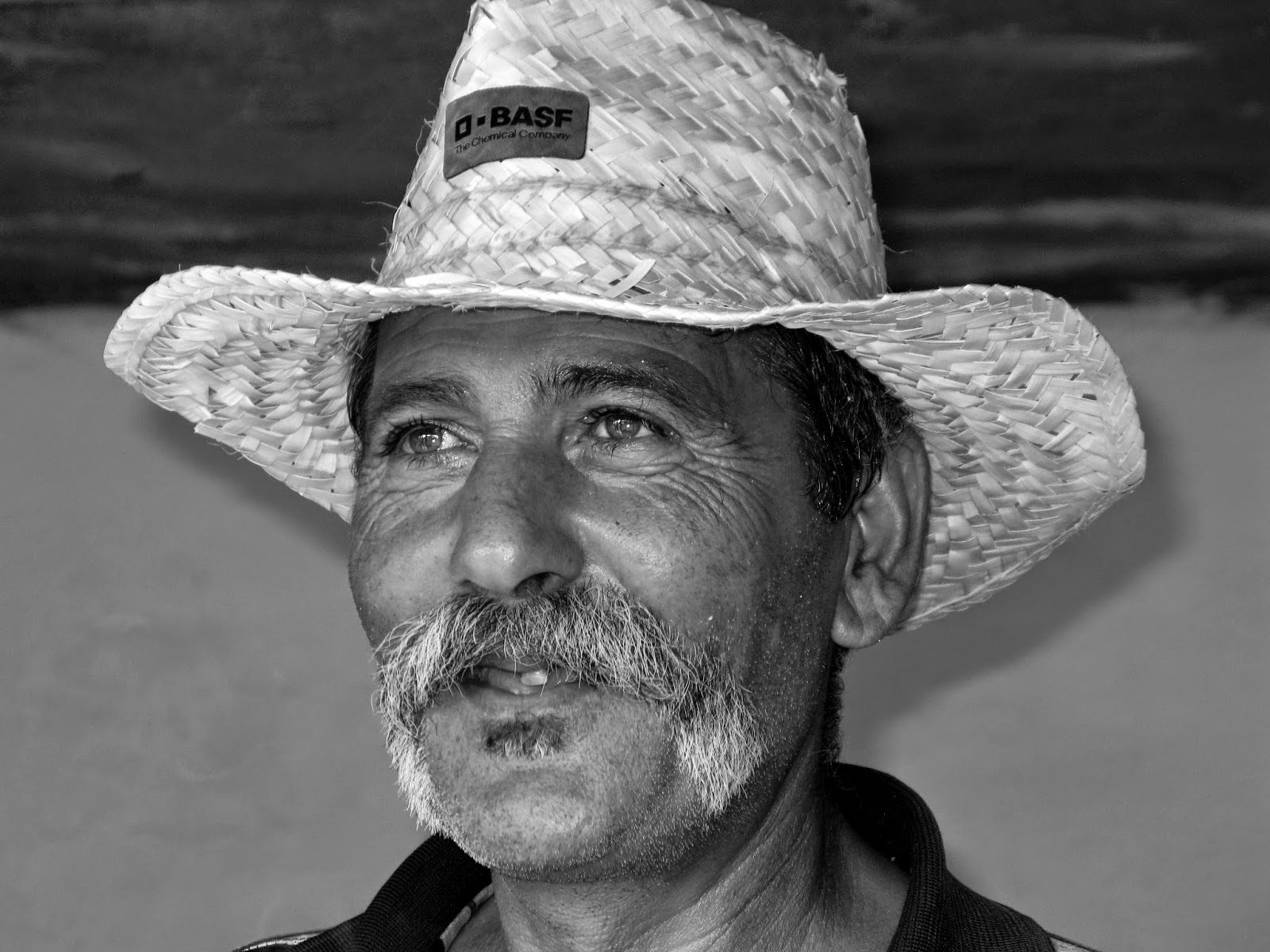